Friday. The morning, following so many beautiful dawns this week, dawned wet and windy. However, driving up the M5 to Clevedon I was still surprised to be informed by Radio 3 that there were white horses in the Bristol Channel*. This oldly specific announcement, out of character for a for a national radio station whose main qualities are its eighteenth century selections and lack of current affairs, was disconcerting. This wasn’t even a news bulletin, merely a comment about the state of the Bristol Channel. They explained, as if this explained anything, that they were watching the web cam at Watchet. Then they played Beethoven.

So it was in a slightly surreal and thoughtful mood that I stood taking photographs on the sea front. There were indeed (modest) white horses, there was also a spring tide and much splooshing of water up onto the walkway below the sea wall. And I was the only one there. I even wondered, if I continued to be the only one there, would I go in anyway?

This is Clevedon. There has to be more than little white horses to deter everybody. I pattered along to the big cave and found two of the regulars eyeing the sea speculatively. In the end we were four, and of course we swam. And as the sun rose above Clevedon Hill – in the instant that my camera battery died – and despite the dire warnings of Radio 3, it turned out lovely!

*White horses: I had to explain this to a friend, so in case anyone else is confused – the white caps on the top of waves. Other than actually breaking on the shore I think this begins to happen (sailing friends will correct me) at about a force 5 wind. 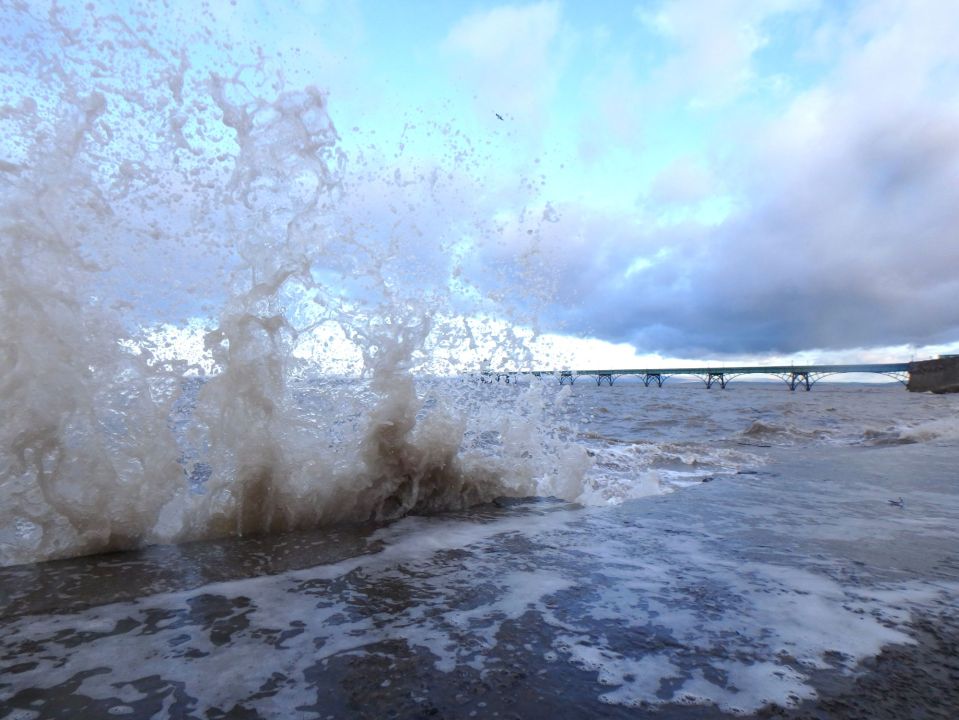 Clevedon Pier: now you see it, now you don’t