“Work from home if you can”

Whether one can call this ‘working from home’ is moot, but it is a safe bet that many people would rather do their day job than sit in Professor Andy Wolf’s freezer. Meticulously waterproofed (on the inside), filled with water and switched on, it will chill the water down to near freezing in a few hours. After that it can be switched off and – let us underline all safety precautions lest reckless enthusiasts try this at home – the lid can be securely tied up. He can then sit in it at his leisure, and to the amusement of his sheep.

Apparently it is a very calming serene experience.

Having got thoroughly chilled, and in-keeping with the ‘white goods’ theme, he will go through a full washing-machine-on-a-spin-cycle imitation whilst warming up again afterwards. I know this for a fact as I swim with Andy regularly, occasionally in water as cold as his freezer. Obviously I don’t have a freezer to sit in at home, because that would be mad: I have a whiskey barrel, with an up-and-over stepladder tied to it. But at an ambient 10 degrees it’s not really worth the bother getting into just yet.

It’s an honour knowing Andy, and not just because he is the sort of person who, if I look at someone and say “that’s mad” he’ll look me up and down and say “have you seen you?”…though to say this he may have to talk past a thermometer in his mouth as he delightedly tracks the course of his own mild hypothermia like a child with his first doctor’s kit. But I’m not hardcore: I’ve never swum the Channel, and I have no plans to swim Loch Ness either. Andy does, in 2021. Loch Ness. All of it. It won’t be as cold as his freezer next summer, but it won’t be warm, and it’s a very long way.

If you would like to donate – and also to read Andy’s story abut why he is swimming – you can do so here:
http://www.justgiving.com/andywolf-lochness 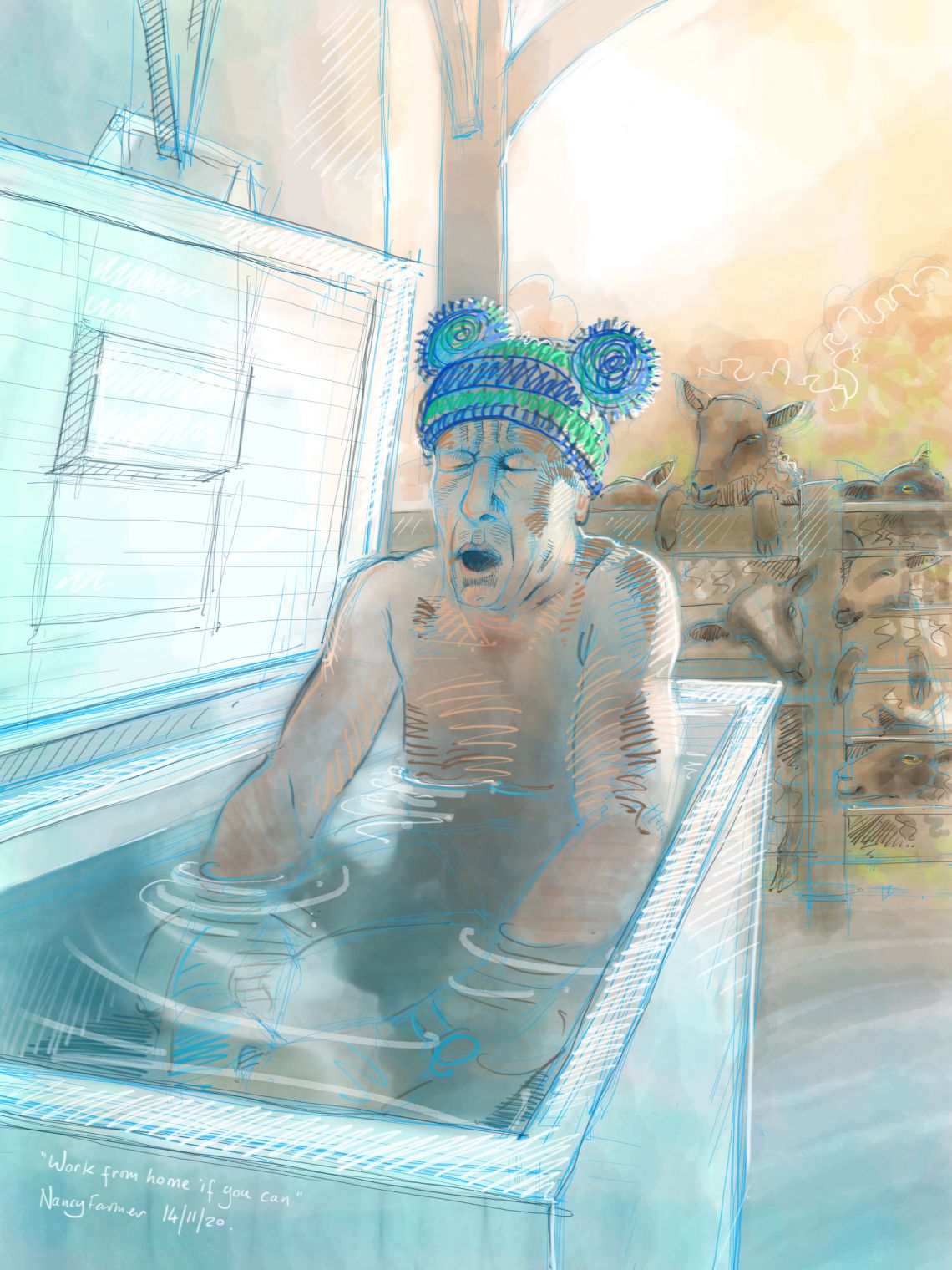 “Work from home if you can” – digital drawing by Nancy Farmer