“A hat-trick or hat trick in sport is the achievement of a positive feat three times or more during a game, or other achievements based on threes. The term was first used in 1858 in cricket to describe HH Stephenson’s feat of taking three wickets with three consecutive deliveries. A collection was held for Stephenson, and he was presented with a hat bought with the proceeds.[1] The term was used in print for the first time in 1878.[2] The term was eventually adopted by many other sports including association football, water polo, and team handball, but did not become popular in North America until the mid-1940s in the National Hockey League.”

No further explanation should be needed, therefore, if I tell you that I live with three cats and a keen football enthusiast, and that a Cat-Trick is the term given to any instance of all three cats together. To be honest I am not particularly happy with the one of Arthur (and he is not really as fat as I have made him look, though admittedly he is a smallish square-shaped fellow), and Stiletto (a.k.a. Skinny-Fat-Cat, for reasons that will not at this time become clear) is so difficult to capture I had to draw her from a distance when she didn’t know I was looking at her, but, for the sake of the first cat-of-the-day cat-trick, here are all three. 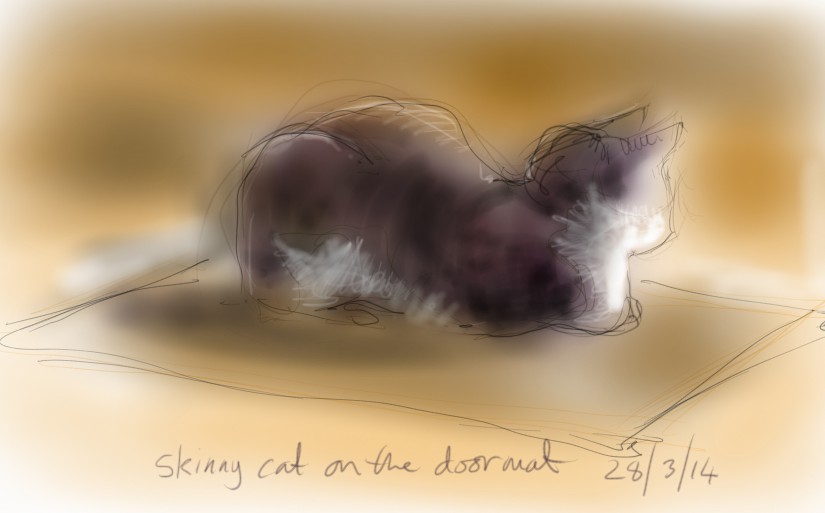 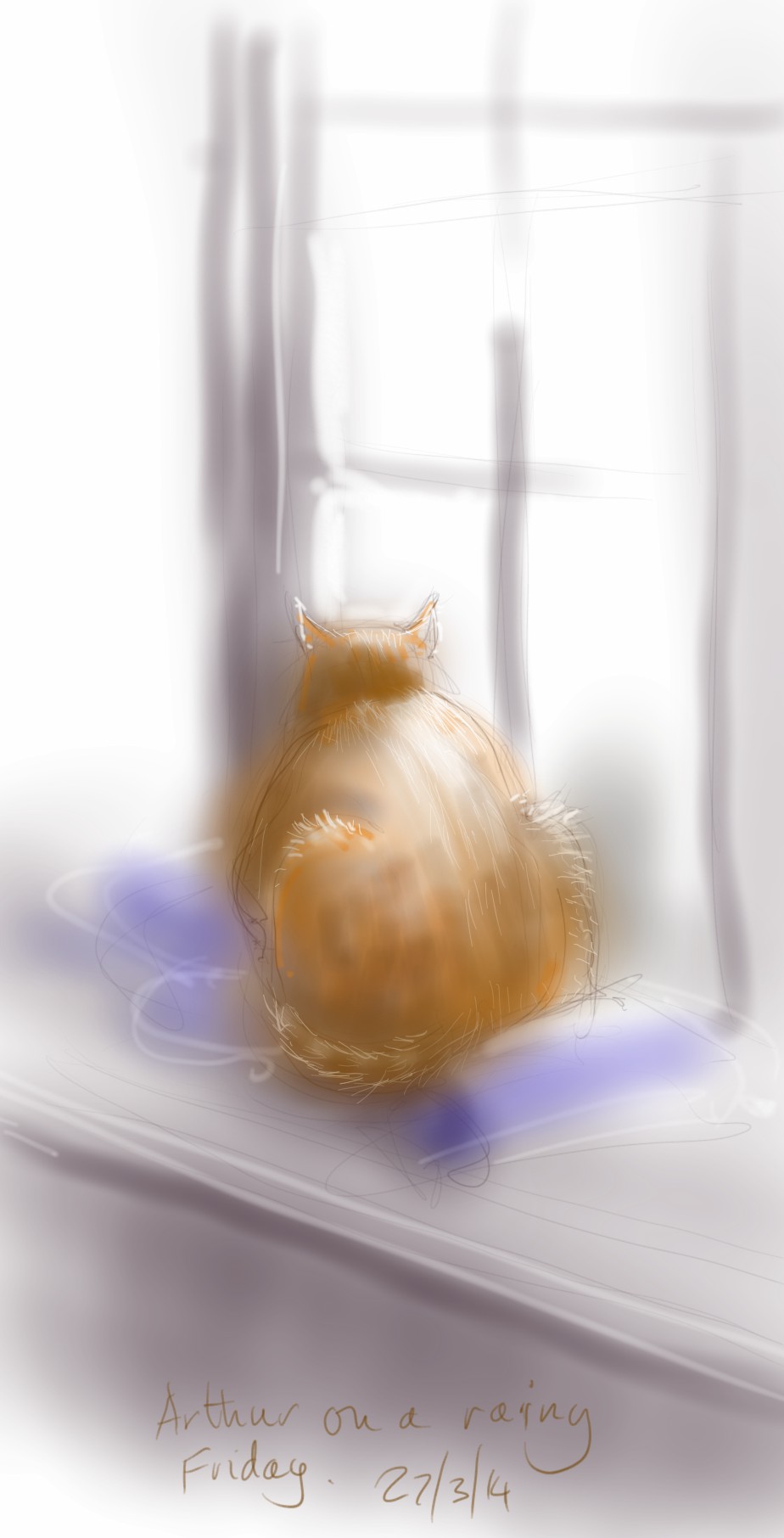 Arthur Cat on the windowsill